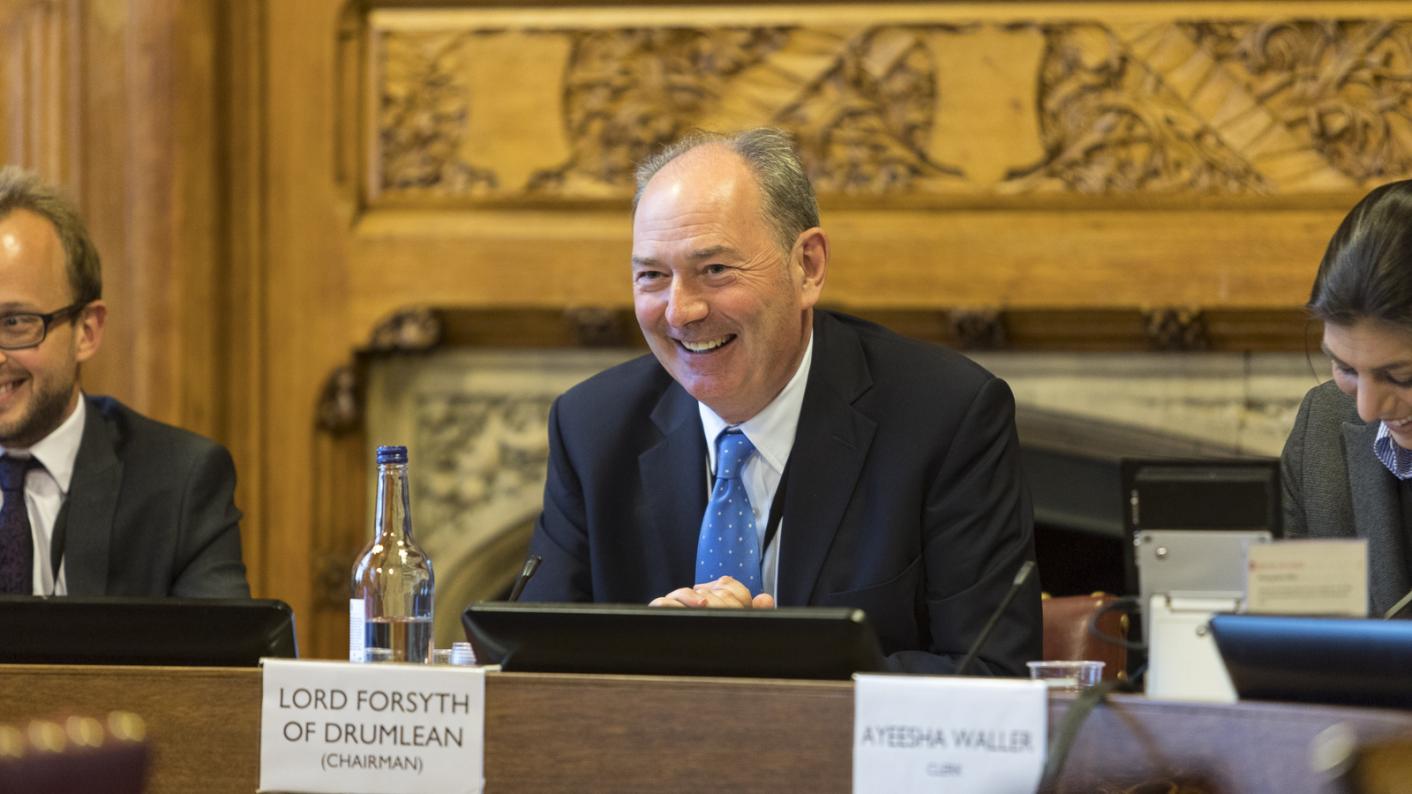 The government needs to move funding from universities to colleges to end the "scandal” of FE cuts, a Conservative peer and chair of an influential Lords committee has said.

The committee spent a year gathering evidence for its report on the economics of post-school education, and it is now calling for a major shake-up of the funding and structures of higher and further education.

A former Scottish secretary in John Major's cabinet, the Tory peer said that if the balance of funding were tipped towards FE, it could open up a lot of economic opportunities "for the people who have been left behind.” He added: "If you look at what has happened to further education it is an absolute scandal. [Providers'] budgets have been cut, the changes in funding have pretty much destroyed part-time education.”

Lord Forsyth said the committee had invited the chair of the post-18 education and funding review, Philip Augar, and the secretary of state for education, Damian Hinds, to discuss its report.

Extra funding for colleges up front

Changing per-student funding rates would not be sufficient to address the imbalance between HE and FE, Lord Forsyth said. "That won't be enough, because in order for the money to follow a student who wants to do a further education course there needs to be a course. Therefore there needs to be some sort of priming money there to put the course in place.”

The system of fees and support for FE students also needed to be reviewed, he added. "For further education, it's much harder to get maintenance and fees support, especially if you have left school and you are coming back post-19, so what we're saying is, let's just simplify all of this and you can get funding in terms of support for the course and also help with your maintenance costs, regardless of what you are doing if it is level 4 and above.”

Lord Forsyth continued: "The key thing is we need to get parity of esteem. To do that you have got to sort out funding. You have also got to sort out what is happening in schools and we really have to do something about careers advice.

"We also need to make it easier for students to apply. It is a gilded path of you want to go to university. We think Ucas should take responsibility and there should be one funding body which should be given the brief to encourage people to look at the range of choices that are available to them.

The forgotten 50 per cent

"We challenge the notion that simply getting 50 per cent of people to university and that that is necessarily good for the economy. Tony Blair didn't want everybody going to university; he wanted an expansion of higher education. It has been at the expense of part-time and further education, which worked bloody well when I was a boy.

"We need to have a complete rethink on funding and we need to start thinking about the 50 per cent who don't go to university as well, and the whole concept of lifelong learning. Again that comes down to funding, and the silly rules that say if you've done a degree then you can't do a vocational course. You might have gone and done a degree and then realised you want to be a software engineer but then can't do this course.

"We spent a year on this. When we started I thought 'we are never going to get agreement between parties, Treasury people and everything else, but we have.”

Aims of the EaTC

Our aim is to be trusted to deliver quality
user friendly and learner focused training. Be reassured that its tutors are a well trained workforce enabling the
organization to meet its objectives, which is ultimately to provide high
quality education to our learners.

We have rigorous quality standards that
ensures that, if you contact us :

Partner you for success.

Skip We are approved by TQUK

We are approved by TQUK